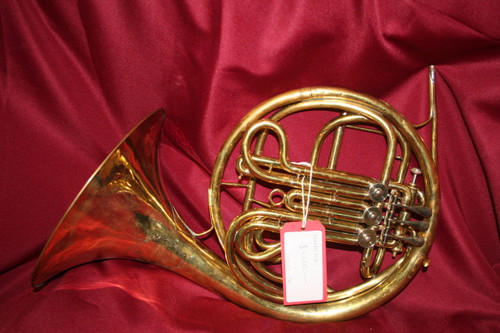 Wunderlich horns are most known for their most famous employee, Carl Geyer. Some of them were actually made by Geyer upon his arrival in the US. This is a very early Wunderlich, as can be attested to by the way the leadpipe goes over the front of the piston valve assembly. This horn, though it has poor compression, plays well and would get that much better with full compression. The engraving on the bell is clear as the day it was done, there are no patches, except for a protective guard over the leadpipe wrap. Olds fixed bell case included. $4000