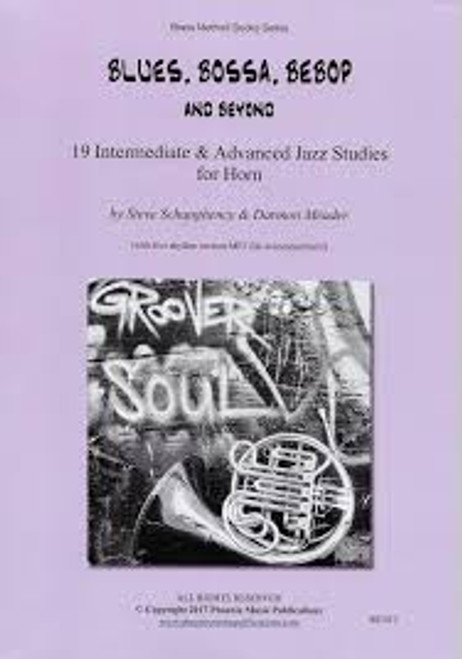 In today's musical environment, horn players find themselves performing an ever-expanding variety of musical styles. Our traditional music education system and private lessons prepare us for performing in orchestral or chamber music settings. Unfortunately, there is little or no instruction in other styles outside of classical music of which the horn increasingly finds itself an integral part. Often, these pieces are written in what many classically trained musicians know as “Jazz.” There is a common belief that jazz is a single style unto itself and all music in this category is performed in the same manner. This would be similar to a jazz musician believing that all “Classical” music is played in one style. However, “Jazz” can be broken down into a wide variety of styles, encompassing well over a century of development: Ragtime, Dixieland (New Orleans and Chicago), Swing, Bebop, Cool, Hard Bop, Modal, Bossa Nova, Samba, Latin and Afro-Cuban styles, Third Stream, Free Jazz, Fusion, just to name a few. Each one of these styles has
its own nuance and approach of which the sensitive musician is acutely aware. How do we have a chance in such an unfamiliar world? Just as we would with learning any unfamiliar style of Classical music, we listen, observe, imitate, practice and apply what we have learned to our performance. The etudes found in this book serve as an introduction to some of the most important styles found in today’s mainstream, modern jazz.
I first came across the material used in this book when I was asked to proofread a copy of “Vocal Jazz Improvisation: An Instrumental Approach ” by my long-time friend, Darmon Meader. After reading through the text explaining the fundamentals of jazz theory and harmony, I played through the musical exercises and etudes, immediately noticing how well they worked for the Horn. Darmon’s focus on the mezzo-soprano and tenor voice ranges placed all of the etudes within the practical playing range of the Horn, as well as the range found most often in today's jazz writing. Darmon’s “singer-friendly” writing also uses extensive scalar and arpeggiated patterns that avoid the big leaps that can be challenging for hornists. An important feature of this book is the accompanying recordings for each etude. One can listen carefully to the written line in each etude as performed by voice or saxophone, play along with it for matching articulation and style, and then have a chance to repeat some of the passages with just the rhythm section accompaniment. Another significant aspect of these recordings is having a piano, bass and drum rhythm section in the background, setting up the all-important grooves or “feels” for each etude. Hearing all of this together presents the listener with the complete picture of each individual etude. Lastly, to quote directly from Darmon’s book: “take the time to listen to jazz! Immerse yourself in all styles, and take in the sounds, the feel and the emotion of the music. Listen, listen and then listen some more.”
Have fun and don't swing too hard!
Steve Schaughency