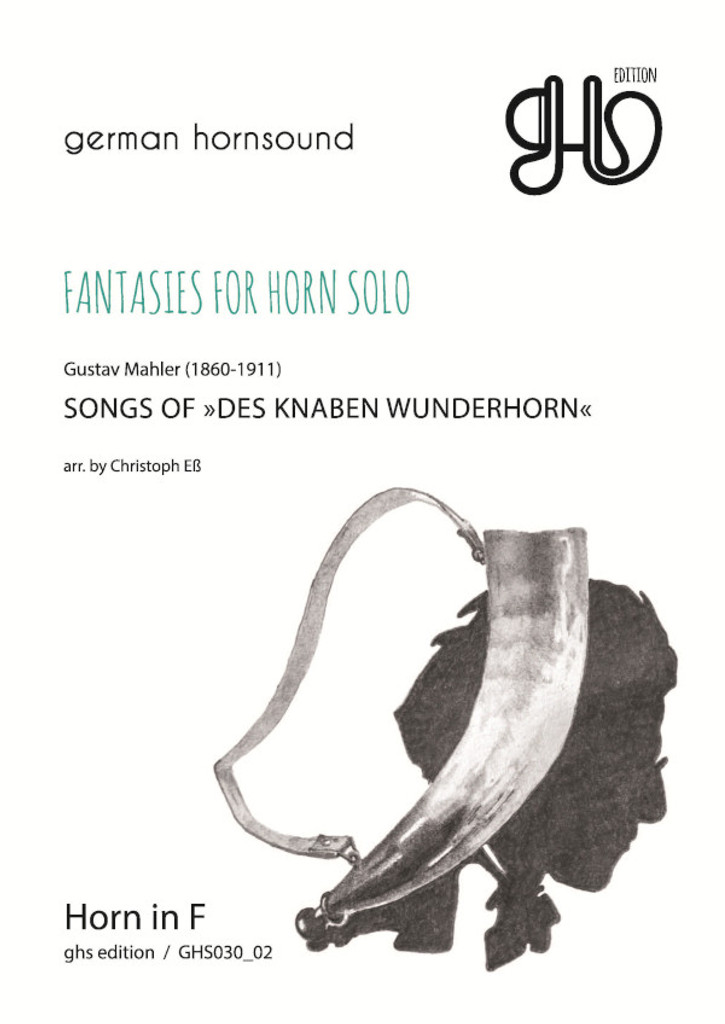 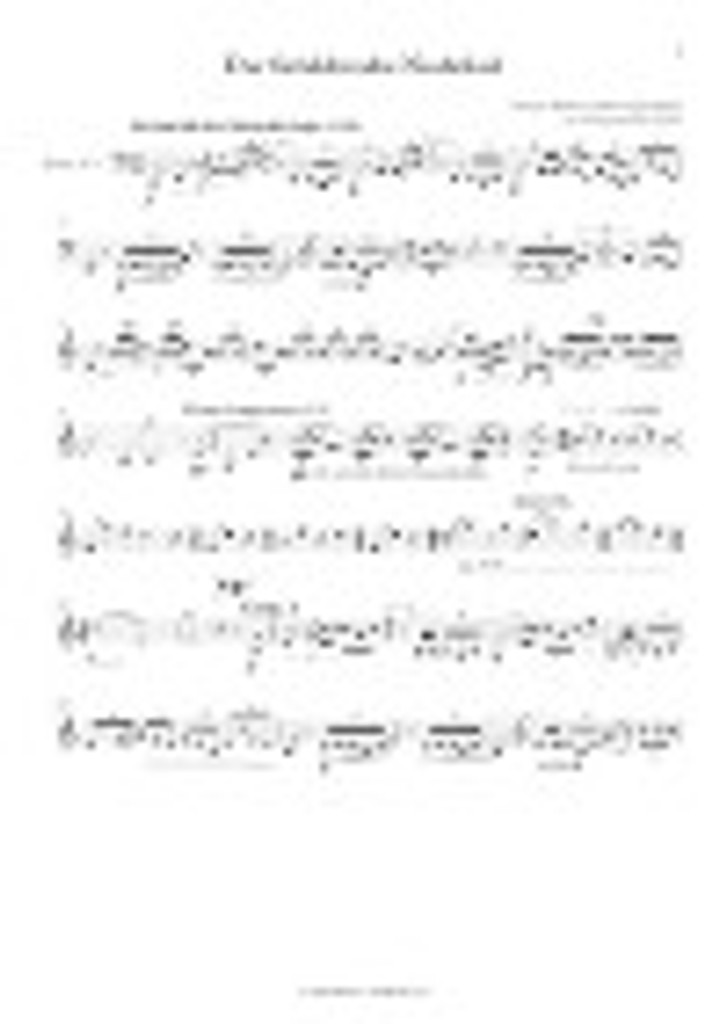 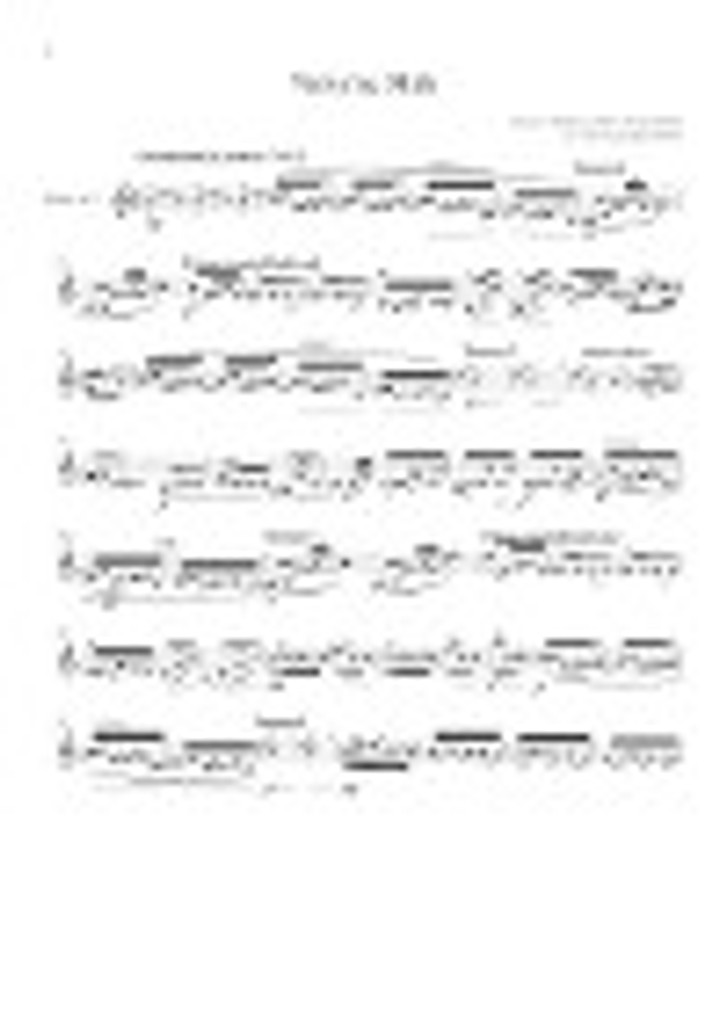 Songs of The Knaben Wunderhorn

Content:
The Sentinel Night Song
Lost Troubles
Consolation in Misfortune
Who came up with this little song?
The earthly life of
Antonius of Padua Fish sermon
Rheinlegendchen
Song of the persecuted in the tower
Where the beautiful trumpets blow
Praise of the high mind
Revelge
The Tamboursg'sell
Three angels sang a sweet song
Urlicht

Fantasias for horn solo
The idea for the fantasies for horn solo came to the
Musicians from german hornsound during the time of
the exit restrictions due to the
Corona crisis in spring 2020.
Our playing operations, which were discontinued within a few days
The orchestra as well as all other cultural institutions
and thus the planned chamber music concerts with
german hornsound for an indefinite longer
period provoked unusual mind games in
order not to
sink into the aimless swamp of doing nothing .
Since the political guidelines
forbade even trying out in small line-ups, the only
option left was to play alone. And of course the
opportunity to be creative at your desk.
So why not combine the two?
The present volumes with fantasies about pieces
from the orchestral literature are intended as an addition to the
many existing etudes for
Be horn players. Playing
etudes on a daily basis is essential for all brass players in order to practice
basics and technical parameters.
The Fantasias are technically demanding
pieces because they combine parts of the parts originally
intended by the composer for horn with
new elements from other instruments and groups of
instruments. The result is a kind of
orchestral study, which
enables you to get to know the pieces even better and allows
you to
look outside the box of normal horn blowing . This results in
exercises on the musical styles of
individual composers and works, especially what
As far as impetus, articulation and sound are concerned. So you
can learn independently and
automate what you have learned . Last but not least, the
fantasies should of course give every horn player above all
fun and joy!
About the present volume:
Mahler's Lieder des Knaben Wunderhorn
This project began with the piece Des Antonius
von Padua Fischpredigt, which I rewrote
in a shortened version in 2017 for a concert event
. Gustav Mahler composed an incredible oeuvre with his
songs from Des Knaben Wunderhorn based on texts by
Clemens von Brentano and Achim von Arnim
. How does he manage the lyrics
Making it sound is unique to me. And so
the desire grew in me to work on all the
other songs in this cycle for horn solo in addition to the fish sermon .
The present volume now contains all 12
pieces now known as Wunderhorn-Lieder. I
also added Es sungen three angels, a sweet song, and
Urlicht, which, originally also part of the cycle, were
later used in his second and third symphonies
.
Of course, the wonderful orchestration
and variety of sounds of the original can hardly be transferred to a
single instrument in many places . I tried that anyway
To do songs as justice as possible in many ways
by alternating the focus on different aspects
: in addition to the vocal part,
accompanying voices , which seemed musically more attractive to me
, as well as
passages intended by Mahler for horn in the original, should be used, so that now
14 independent small ones Fantasies arose. Some of
them are highly virtuosic of the interpretation for the horn, demanding
the full dynamic range and leading to the highest
and lowest registers, long legato phrases and lyrical
passages alternate with pieces to trigger and articulation.
Last but not least, you should keep playing again and again
Think
along with Mahler's orchestration or listen inwardly in order
to interpret the fantasies musically alongside the technical challenges .
In the best case scenario, they should be both: Etudes for the
horn and studies on Mahler's work. Therefore, there are always
small cuts or inserted ad.lib. Passages
as well as possible jumps so every player should
feel invited to develop their own version.
Although some songs often sound lower in practice,
I have decided to
keep the keys as in the original . The primordial light is an exception because it
sounds so beautiful for our instrument in D flat major.
In order to complete the fantasies, the songs have
also been supplemented with the lyrics. The English
translations come from the wonderful website of the
baritone Thomas Hampson, which I can highly recommend.
https://hampsongfoundation.org/resource/des-knabenwunderhorn-
texts-and-translations /

Fantasies for Horn solo
In the Spring of 2020 during the imposed
restrictions of movement during the corona
pandemic, we came up with the idea for the
Fantasies for Horn solo. Almost overnight our
orchestra's performance schedule ground to a
halt indefinitely, along with all other cultural
institutions, not least our German hornsound
chamber music concerts, provoking thoughts of
how not to sink into the oncoming swamp of
enforced inactivity.
The political demands for social distancing
made even small group rehearsals impossible,
the only solution being to play alone, or become
immersed in creative activity. Why not combine
the two?
The following volumes of Fantasies taken from
orchestral works present an addition to the
many etudes for horn already available. The
daily practice of etudes is fundamental for all
brass players wishing to maintain and improve
their technique. The Fantasies are technically
demanding as they combine original passages
from the orchestral repertoire for horn with new
elements originating from other instruments and
sections. The result is a form of orchestral study
enabling a better and broader knowledge of the
pieces beyond the passages for horn. They are
an exercise in different musical styles as well as
addressing different types of attack, articulation
and sound. The horn player can learn
independently and become proficient with
practice. Finally, these fantasies are intended
to give great pleasure and enjoyment to the
player.
Regarding the present Volume:
Mahler's Songs of Des Knaben Wunderhorn
In 2017 I arranged St. Anthony's Sermon to the Fish
in a short version for a concert I was performing for just
one horn and actor. Choosing from a collection of folk
poems written and assembled by Clemens Brentano
and Achim von Arnim, Gustav Mahler composed an
unbelievable opus with his Songs of Des Knaben
Wunderhorn. It seems to me unique how he managed
to turn the texts into sound. My desire to arrange the
whole cycle for Horn Solo was born very quickly. This
present volume includes all of the 12 songs which are
known today as Songs of Des Knaben Wunderhorn.
To complete this I added two songs, Three Angels
Sang a Sweet Song and Urlicht, which were originally
intended for the cycle by Mahler, but were instead
used in his 2nd and 3rd symphonies.
Of course, it is difficult in many places to arrange the
wonderful orchestration and variety of sounds of
Mahler's original composition into the voice of a single
instrument. Nevertheless, I tried to do justice to each
song by focusing on different aspects in my
arrangement: for example, because they seemed
more interesting to me, I took some accompaniment
and counterpoint voices instead of using only the
singers melody, as well as using some original horn
passages written by Mahler himself, thereby being
able to create 14 small independent fantasies. Some
of them demand technical virtuosity on the horn; the
interpretation demands the whole dynamical range
and ventures into the highest and lowest registers.
Long legato phrases and lyrical parts take turns with
pieces that when played can improve ones attack and
articulation. And last but not least, while playing and
mastering the technical aspects, one should have
Mahler's orchestration in their mind and in their inner
ear in order to interpret the fantasies musically.
At best, these fantasies should be both etudes for the
French Horn and studies about Mahler's work. For this
reason, I put some Vi-De and ad.lib markings and
made some cuts. The use of these is at the players
discretion. I used mostly the original keys, although we
know from orchestral practice that many songs are
performed sometimes in lower keys. An exception is
Urlicht, which I wrote in D-flat major because it sounds
amazing on the French horn.
To complete this volume of fantasies I included the
song texts. The English translation is from the
wonderful and highly recommended website of the
baritone Thomas Hampson.
https://hampsongfoundation.org/resource/desknaben-
wunderhorn-texts-and-translations

german hornsound
Founded by four graduates of the French horn
class of Christian Lampert at the State
University of Music and the Performing Arts
Stuttgart, german hornsound has earned a
strong international reputation based on its
exceptional profile and has made guest
appearances at nearly all music festivals in
German-speaking Europe over the past years.
The ensembles repertoire spans all the periods
of music history. One of the ensembles goals is
not only to work on original horn quartet
literature but also to arrange works they like.