Schubert - On the River, D. 943 for High Voice, Horn and Piano, Urtext 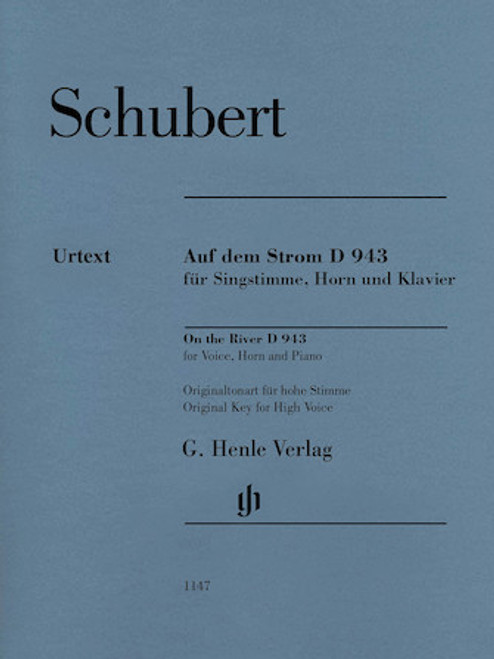 Schubert - On the River, D. 943 for High Voice, Horn and Piano, Urtext

for High Voice, Horn and Piano

The scoring of Schubert's “Auf dem Strom” (On the River) for voice, horn and piano is reminiscent of that of the “Hirt auf dem Felsen” (Shepherd on the Rock) with obligato clarinet. Both pieces were written in 1828 and each one upon a musician's request – in this case that of the horn player Rudolf Lewy. Schubert gave the first performance of Auf dem Strom with the latter and the tenor Ludwig Tietze on March 26, 1828 in Vienna. It was such a success that it was soon performed again, and the press raved about it being an “indescribable treat for the ears”. This popular work is now available in a handy format for singers, with, of course, parts for horn in E as well as a transposition for horn in F.