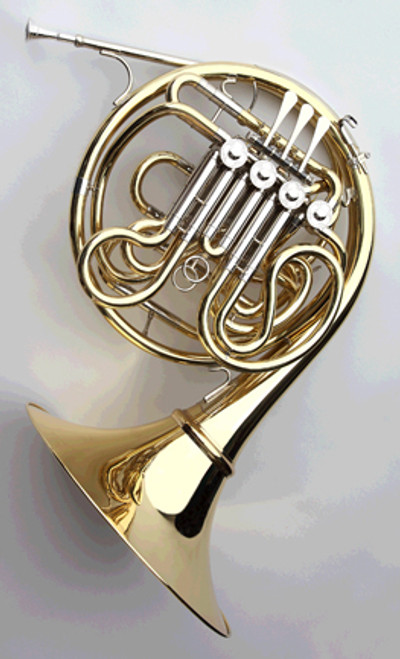 The result is the Series 5, a horn with a yellow brass, detachable bell, professional quality valve section, hand guard, mouthpipe guard, waterkey and nickel silver valve casings. The bell has a similar profile to the Paxman medium bell and the leadpipe is designed to compliment this. The Series 5 is based on the UK built Paxman Model 20, with an independent Bb tuning slide. The playing style is a very responsive feel, with a rich, warm sound that is still capable of carrying to the back of the concert hall.

WARRANTY: Paxman Musical Instruments Limited give a two year warranty on all new instruments. This does not cover accidental damage or lacquer wear.

Mouthpiece and flight case included in the style of an MB1.