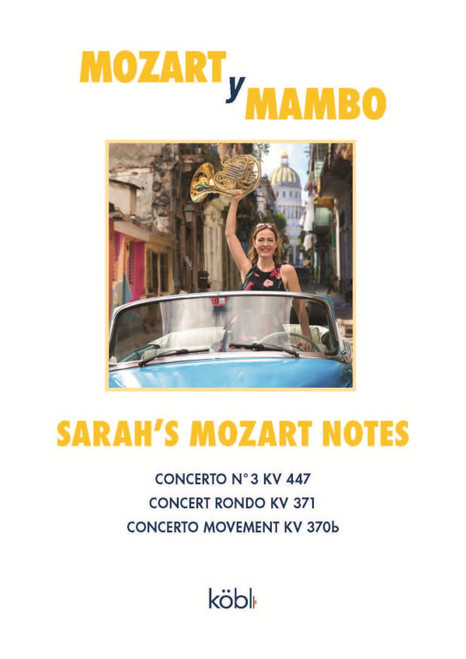 The solo horn parts from the three Mozart pieces, Concerto No.3 KV 447, Concert Rondo KV 371 and Concert Movement KV 370b as recorded by Sarah Willis on "Mozart y Mambo" with Sarahs articulation and dynamics suggestions. Also including the the cadenzas written for her by Klaus Wallendorf.

The Mozart y Mambo Collection
Together with the horn player Sarah Willis, the Australian arranger Joshua Davis and the Cuban saxophonist/composer Yuniet Lombida, Köbl is proud to present the sheet music to the Mozart y Mambo Collection. Due to great public demand, this collection includes all the pieces from the album which combined Mozart und Mambo in true Cuban style and was a huge success all around the world. Included are not only the original pieces but also the especially arranged chamber music versions and Sarahs own musical insights into playing Mozart.