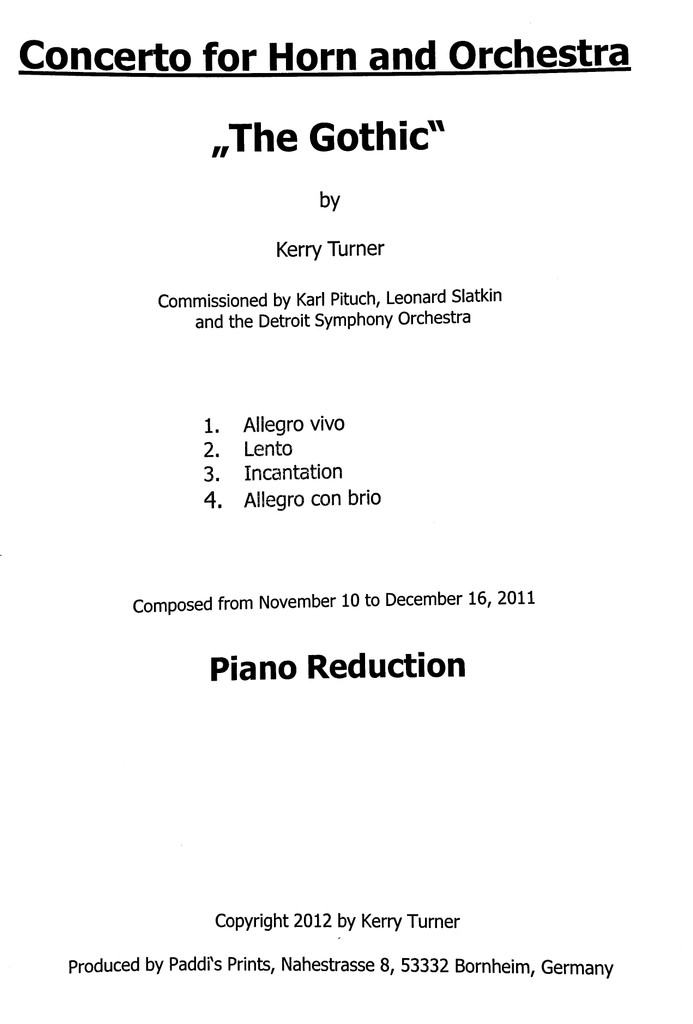 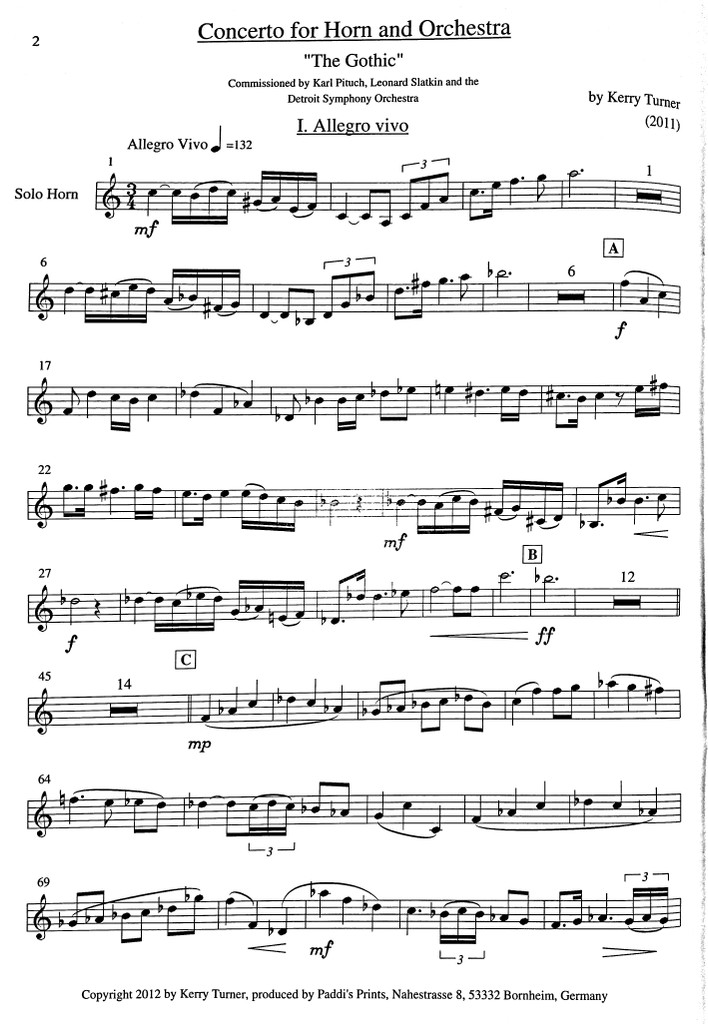 The "Gothic Horn Concerto" begins with an unmistakably Straussian flair. The main themes of the first movement, however, quickly take on the recognizable Turner sound. The movement is at once melodic, virtuoso, lyrical. Although the harmonies and orchestration contain elements of the gothic, it is really in the second movement when the work begins to deserve its name. There seem to be several very different concepts of what the term "gothic" represents. In the case of this work, it is the classic cathedral organ harmonies, the piteous to macabre harmonic developments, and the
esoteric that characterize Turner's gothic sound. Indeed, the apex of the second movement occurs at the 11/4 bar, when the horn soloist performs six leaps of an interval of an 11th over an accompaniment of 5 leaps of an 11th, adding up to eleven.

This bar was composed at exactly 11:11 o'clock on the eleventh second, on November 11, 2011- a once-in-a-lifetime occurrence.

The haunting melody of the second movement mutates into another of Turner's characteristic compositional elements, the Native American song. The metamorphosis is so smooth, in fact, that it has a natural inevitability to it. It is, however, the next layer that surprises. The horn soloist plays a twelve-tone obligato over this "Indian Incantation" - first the tone row, then its inversion. This may possibly be the first and only fusion of dodecaphonic music with an American Indian sounding theme, a startlingly seamless juxtaposition. A distant trumpet fanfare heralds the beginning of the finale. The soloist picks up the fanfare motive and launches into a display of hornistic virtuosity. The gothic flair of the concerto is once again evident in the lyrical second part of this movement, when the cellos and then the horn soloist sing a hauntingly romantic melody. In classic A-B-A form, the concerto ends with exuberant themes from the exposition, allowing the soloist to close the work with panache.

This concerto for horn and orchestra, "The Gothic" was composed in Leipzig and Luxembourg in the autumn of 2011. It was commissioned by The Detroit Symphony Orchestra and written for Karl Pituch, the principal horn of that great orchestra.